What Remains is Constant 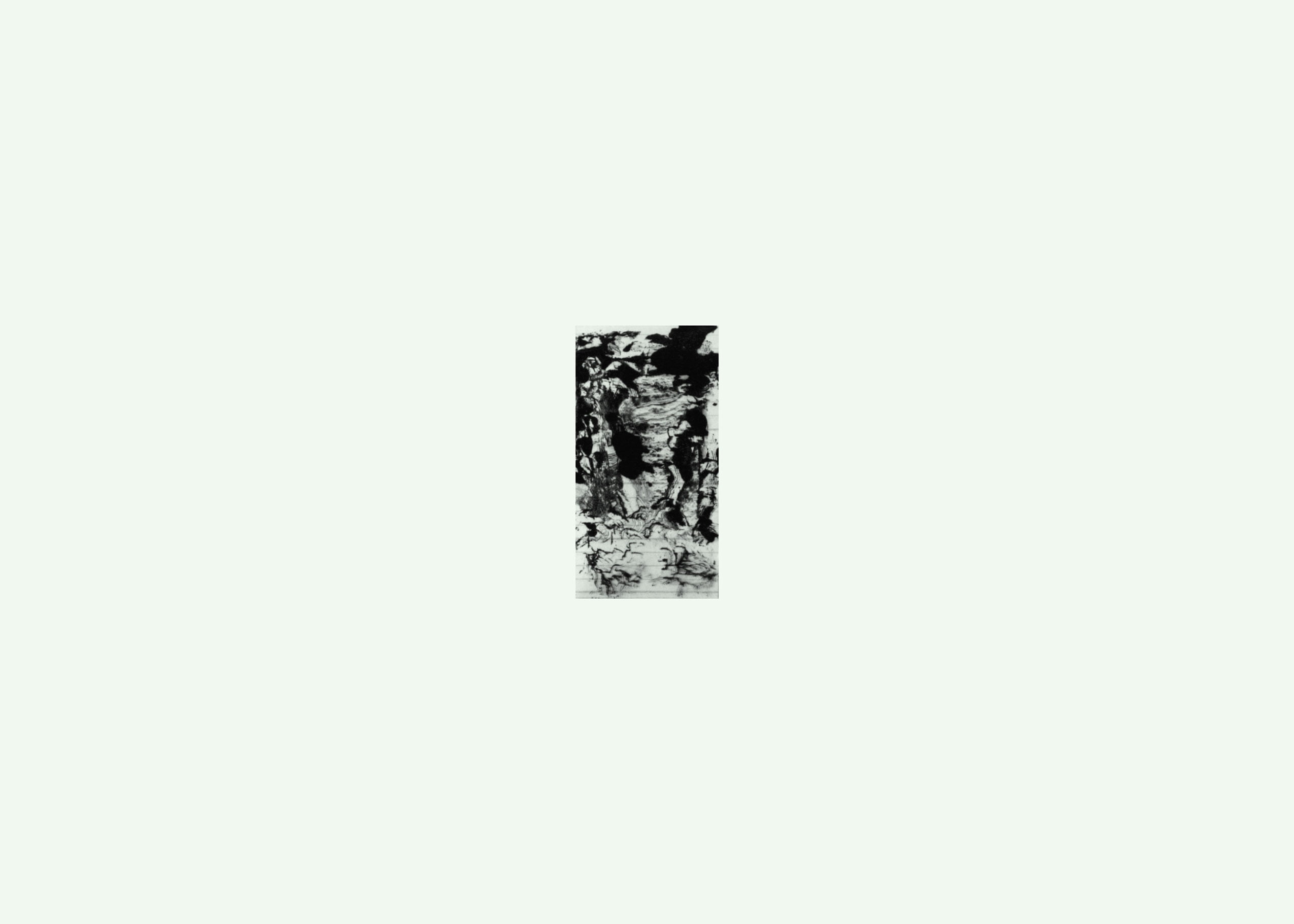 John Hutchinson (1811–1861) grew up in the coal-mining region of Newcastle upon Tyne, in northeast England, and came from a middle-class family of parish clerks, farmers, and coal merchants. During his lifetime, he worked across the fields of physiology and mechanical engineering, by way of being an assistant physician at the Hospital for Consumption and Diseases of the Chest, a surgeon at Southampton Dispensary, and a physician at Britannia Life Assurance Company[1].

Hutchinson’s interest in the mechanics of respiration, medical statistics, and profitable assessment for insurance policies, directed his research towards the “vital capacity” of the lungs. He described “vital capacity” as “being the largest volume of air which can be displaced by any movement of the living body…” According to Hutchinson, the chest muscles that facilitated the movements of the lungs were under “the control of the will.” Hutchinson’s investment in quantifying vitality reflected the institutionalization of numbers, underway in the nineteenth century, which was being shaped by the prognosis of mortality, for insurance companies, the calculus of risk, the development of precision instruments, and the deployment of theoretical assumptions of what can and should be counted.

Amid tensions being negotiated between science and theology, Hutchinson gave language to vitality that promoted the mechanical functioning of respiration as a dynamic, life-supporting system of the living body. While working as a physician at the Britannia Life office, he developed the spirometer, a technical instrument for the assessment of life insurance candidates, which measures the volume of air inspired and expired by the lungs. With spirometric data, Hutchinson sought to transform vital capacities into graphable truths, organized into statistical tables, and weaponized as tools of surveillance that calculate the risk profitability of the British working class. The spirometer thus gained its epistemic authority[2] via its claim to be an empirically validated scientific object that regulates and reproduces quantitative social facts about the bodily arithmetic.

Furthermore, Hutchinson marshaled occupation as a mechanism to establish a standard of health for the social domain, designating military men and police officers as representatives of the “healthy standard”. He concludes that artisans were “very low in power”, while the bodies of the police are “good specimens with high lung capacity.”[3] Constructing comparison groups between police officers/military men, and artisans/low-income individuals, he demonstrated that the spirometer was capable of performing as a technology of regulation. The administering of fitness, which is both linked to a “healthy” standard and a mode of survival based on the genetic makeup of an individual, was modeled after the authoritarian class of the police and military, which served to regulate, via spirometric measurements, what is a normal value of lung capacity for the social body. This standardization of fitness, echoing Darwinian arguments for hierarchical difference, is one of many systems of quantification subjecting the black/non-white/non-human, gendered, and working-class body to the racializing surveillance of statistical law and biological ordering.

The value of one’s vital capacity, especially for the life insurer, is linked to class, occupation, and race. The “gentle expiration” of residual air becomes nothing more than a salvage value of an individual’s capacity to be insured. Shaping his role as a scientist, Hutchinson’s spirometric measurements were prescriptive and normative tools to monitor and manage the population as a whole, establishing normal values for human life. As a physician, his statistical life tables for insurance companies quantified profitable assessments for public health policies. With Hutchinson’s empirical research, and the spirometer’s epistemic authority,[5] the instrumentalization of the natural sciences took shape in the field of statistics.

When Benjamin Apthorp Gould (1824-1896) was not gathering astronomical observations for the National Academy of the Sciences, he fulfilled his duties as an actuary for the United States Sanitary Commission. His 613-page report, Investigations in the Military and Anthropological Statistics of American Soldiers, set the stage for hierarchical notions of racial difference. Quantified data of the head, weight, pulse, and capacity of the lungs were categorized according to the race, age, and nativity of sailors, prisoners, and enlisted soldiers of the Union army. The report was published in 1869, during the era of promised Reconstruction, establishing the mental, moral, and physical dimensions of racial difference, through the use of modern-day precision instruments, including the spirometer.[6] At a time when the field of statistics was increasingly accepted as a knowledge-producing science representative of society, numbers were disguised as evidentiary, value-free data used to quantify the body, producing classification systems that monitored vital capacities to determine who can and cannot receive life insurance.

Gould’s commissioned report ushered in the development of new technology that was capable of measuring specific details of the body. Gould praised the spirometer for its malleability, precision, and aptness for war. The demand for his specialized spirometer to be deployed in the field was propelled by his ambition to exceed Hutchinson’s research, by scaling to a 21,000 samples for his report.

Gould failed to acknowledge the comparable conditions of labor and life of black soldiers in his survey. Not only did black soldiers live in crowded camps, but they were also subjected to dire medical care in segregated hospitals, which led to higher mortality rates and infectious diseases like tuberculosis and pneumonia, which complicated the respiratory system. Gould intentionally omitted this data because he was aware of, and had faith in, the scientific support for racist ideologies and public policies aimed at evaluating racial differences. Without this specific data of social conditions included in the report, Gould enlisted white lung capacity as the normal standard.

Frederick Hoffman (1865–1946), a lead statistician for Prudential Life Insurance Company, would give precedence to Gould’s study on lower lung capacity thirty years later, in his Race Traits and Tendencies of the American Negro (1896). This racist monograph was published by the American Economic Association, and gained credibility as an objective knowledge that applied statistical probability, eugenic theory, and spirometry readings to determine that African Americans were uninsurable. In response to state legislation banning any discrimination involving life insurance policy practices against African Americans, Prudential commissioned Hoffman to write Race Traits,to prove, with quantifiable science, that African Americans were bound for extinction based on high mortality rates.[8] He was appointed to the company’s actuarial branch to give technical advice on policy development and assess risk in potential consumers. Since the life insurance industry was partially funded the United States Sanitary Commission, Hoffman gained access to Gould’s spirometric data on lower lung capacity, enabling him to make connections between respiration, lung capacity, and racial inferiority.

The assessment of physiological functions was weaponized as scientific proof, with Gould’s raw data generated by the spirometer confirming Hoffman’s racist ideologies. Risk became a commodity that could be assessed with a precision instrument subjecting the body to statistical law. Racial differences in lung capacities came to be understood as empirical objective observations when presented in tabular formations by Gould. The scientific appearance of Race Traits and Tendencies, facilitated by Gould’s spirometry readings, instituted Hoffman’s monograph as actuarial science.

For Hoffman, racial destiny, and the “race problem”, could be articulated in a statistical narrative that claims African Americans are incapable of modern life outside of slavery, due to the “vitality” they will supposedly lose once they left the plantation. Through employing Gould’s measurements on lung capacity, African Americans were unfit for freedom, biologically deficient for industrial labor, and an economic barrier to progress. This prognosis of the bodily arithmetic of African Americans reinstated the argument for confining them to agrarian labor under white supremacist management.

Preserving the established state, in the midst of industrialization, was attained, in part, by quantitative authority.[9] The cultural enthusiasm for the enumeration of social phenomena, in the nineteenth century, set a precedent for the dispersal of regimented surveillance and management of the body politic.

The knowledge that the spirometer produced could not be divorced from risk-making practices carried out by life insurance companies that participated in the embedding of anti-blackness, classism, ableism, and cisheterosexism, into the architecture of the device. The manufacturing and standardization of prognostic instruments were fused with the life insurance industry’s desire to find regularity in the mortality rates of specific groups of people.[10] Risk analysis was a fatalizing feature of the life insurance industry. It was conveniently objective when the enslaved black body was understood as an insurable property that was justifiably thrown into the ocean when it was afflicted by illness.[11] And risk systems became calculable when Hoffman determined that African Americans were uninsurable based on the statistical representations of their lung capacities.

In his essay, The Universal Right to Breathe, Achille Mbembe addresses the threshold of suffocation that has existed before Covid-19:

…Before this virus, humanity was already threatened with suffocation…everything that fundamentally attacks the respiratory tract, everything that, in the long reign of capitalism, has constrained entire segments of the world population, entire races, to a difficult, panting breath and life of oppression. To come through this constriction would mean that we conceive of breathing beyond its purely biological aspect, and instead, as that which we hold in common, that which, by definition, eludes all calculation. By which I mean, the universal right to breath.[12]

Is it possible to imagine the biological-physiological process of breathing to be liberated from the structures of capitalism, and/or, can this physical function of the body divorce itself from the systematic formation of a knowledge system that has been founded on calibrating difference?

By no means am I suggesting that science cannot yield essential and egalitarian knowledge about the physical and material world. Rather, my aim is to dislodge historical scientific practices from their constitutive ground of racist-eugenic logic, and political and aesthetic propagation of anti-blackness, classism, ableism, and cisheterosexism.[13] Additionally, my intention is to unbind the structural systems of power that have influenced science as a system of knowledge that constructs difference and determines value.

–An earlier version of this essay was written for the Whitney Independent Studio Program book titled Conjuncture, published in July 2020.

[2] Lundy Braun uses the term “epistemic authority” throughout her book Breathing Race into the Machine: The Surprising Career of the Spirometer from Plantation to Genetics (Minneapolis, MN: Univ. of Minnesota press, 2014), to describe the spirometer’s ability to racialize bodies with spirometry measurements, designate hierarchical rankings in society, and produce knowledge in sdifferent domains.

[3] Braun, Lundy. Breathing Race into the Machine: The Surprising Career of the Spirometer from Plantation to Genetics. (Minneapolis, Minnesota: University of Minnesota Press, 2014).

[6] Braun, Lundy. Breathing Race into the Machine: The Surprising Career of the Spirometer from Plantation to Genetics. (Minneapolis, Minnesota: University of Minnesota Press, 2014), 34.

[8] Bouk, Daniel B. How Our Days Became Numbered: Risk and the Rise of the Statistical Individual (Chicago: London: University of Chicago Press, 2015), 31-53.

[11] The slave as an insurable cargo/property. M. NourbeSe Phillip speaks at length about the massacre of sixty African slaves who were thrown overboard by Captain Collingwood because they fell ill and lacked water. She describes in detail the Gregson v. Gilbert case where the ship owners make a claim under maritime insurance law for the destroyed “cargo” in her book Zong!

[13] For more on this see Park McArthur and Constantina Zavitsanos, “The Guild of the Brave Poor Things,” in Trap Door: Trans Cultural Production and the Politics of Visibility (Cambridge, MA: The MIT Press, 2017), pp. 236-254.