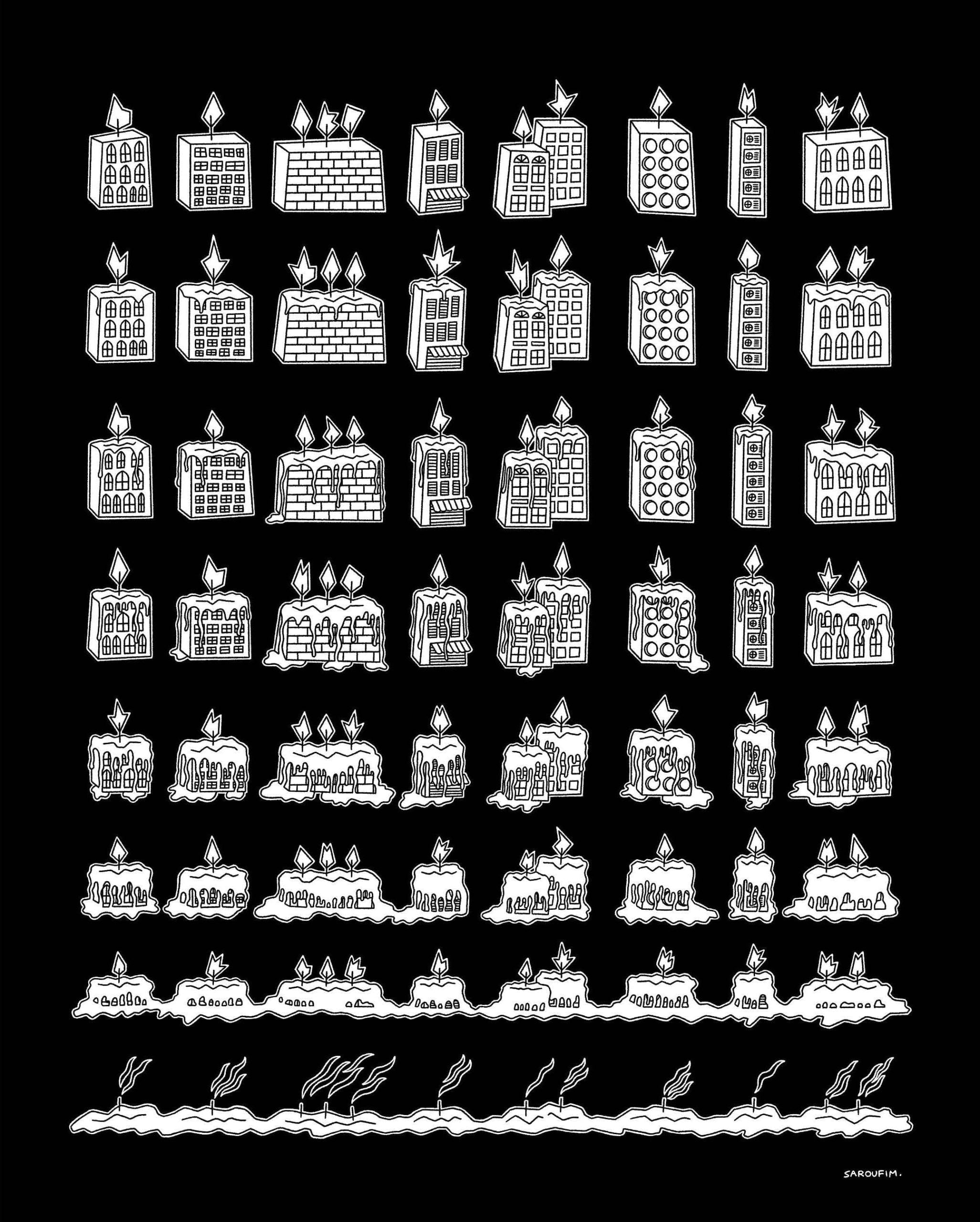 My ceiling fan morphs into a helicopter

A sonic invasion from the past

The habitual soundscape of the city is disrupted by the recurrent insistence of sirens, preachers, birds, generators, nomadic announcements by the state, and political parties

These sounds become all the more ubiquitous as the city is calmer, as the electricity cuts more frequently, as the pandemic becomes ever more insistent, pervasive, with Easter Sunday on the horizon.

Vicariously living through the sonic intervention of the human, animal, and machinic other, embedded in a city at rest

The ambulance sirens now pierce the air with an unprecedented intensity.

On April 4, 2020, my best friend’s partner burned his hand while cooking a late night snack

A month later on May 4, 2020, I realized that I was not leaving the country for my fellowship abroad.

Two months later on June 4, 2020, I was unable to leave my bed from excruciating menstrual pain.

The nights leading up to July were sleepless, hot and dark. There was barely any electricity. Except for the concrete walls surrounding me, it felt like I was camping in my own home.

On August 4, 2020 at 2:00 pm, I started recording a voice over for a film with a poet. We shut down all the windows to block out the city noise. We finish at 5.30 pm. She leaves and I order a fried chicken burger. The windows are still shut.

Six years in the making, if not thirty

A suspension of the audible

A suspension of time

Not so distant cries

Lighting up of the sensory cortex

Ringing in the ears

No signal The sight of the ceiling fan never evoked anything until I heard it.